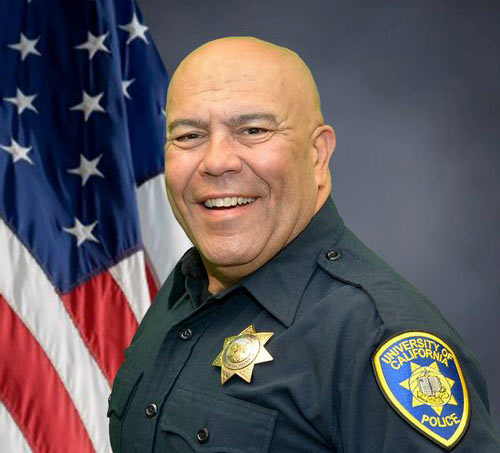 Walter Broussard, a 24-year veteran of the UC Davis Police Department who had been assigned most recently to the Sacramento campus, died July 4 of complications of a heart attack.

Broussard had been working on the Sacramento campus for about the last three years. “I know many at the hospital knew and loved him,” Brunet said. “And he had made the same kinds of connections on the Davis campus.

“Walt was a kind and honest man whose approach to life was genuine and sincere,” Brunet said. “His energy was contagious, and many were blessed to work around him.”

Broussard is survived by his wife, Mary Grace; and children. Services are pending.

A memorial service will be held at 10 a.m. Monday, July 25, at Holy Family Catholic Church, 7817 Old Auburn Road, Citrus Heights . A reception will follow in the church hall.

For those attending in uniform, the uniform will be Class A.

Self-defense classes to start up this summer

Thanks for taking the Satisfaction Survey