We track crime — to raise awareness, prevention and support

The UC Davis Police Department is committed to protecting the safety and security of all students, staff, faculty, and visitors to our campus. UC Davis police officers patrol the Davis campus and Sacramento campus 24 hours a day, 365 days a year, to enforce applicable local, state, and federal laws with arrests, investigations and emergency response.

The department is dedicated to providing accurate and complete crime statistics and other information regarding crimes committed in the campus community. Many aspects of this data collection are legally mandated. This information — including emergency warnings, timely notifications of certain types of crimes, daily crime logs, and other crime reporting disclosures — helps make UC Davis a safer place.

Police use of force at UC Davis

Many discussions of police reform focus on the use of force by police officers. 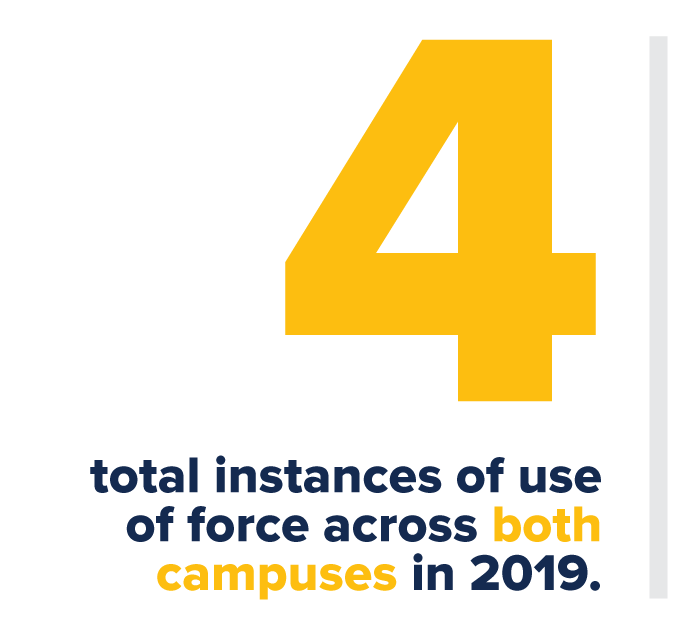 In 2019, UC Davis police officers used force in a total of four incidents, between the Davis and Sacramento campuses. None of those use-of-force incidents resulted in serious bodily injury or death or involved the discharge of a firearm — which the department is legally required to report to the California Department of Justice.

UC Davis Police Department policy regarding use of force also complies with the eight policies highlighted by the #8Can'tWait advocacy campaign, which seeks to restrict use of force by police with policies such as banning chokeholds, requiring de-escalation, exhausting alternatives before shooting and other related policies. 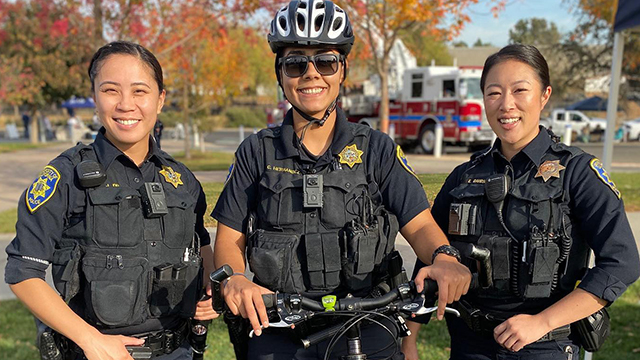